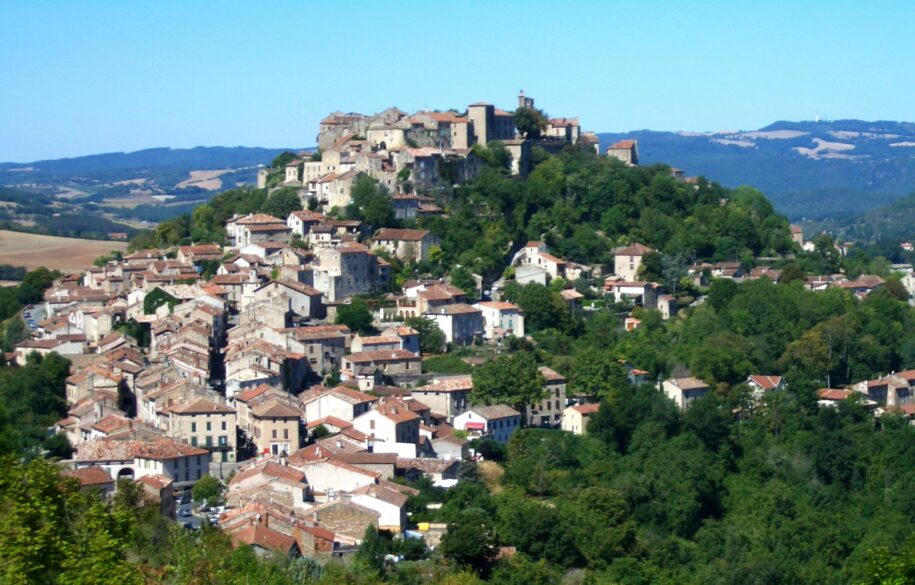 In the Tarn, you will enjoy the route going through the 13th century fortified and picturesque villages.

Among which Cordes sur Ciel, Castelnau-de-Montmiral, Puycelsi, some of which are classified as the most beautiful villages of France.

Contrary to the Provençal term for a stone building, the bastide of Gascony, Haut-Languedoc and Guyenne comes from the Occitan dialect “bastida” and refers to a village.

Albigensian bastides are generally built on top of a hill according to a specific town planning scheme.

From Brin de Cocagne you can join the 153km long circuit of bastides, including:

This 13th century fortified town presents a group of beautiful residences and pretty alleyways which join a central square where all the events of the village used to take place.

A medieval village ranked as “the most beautiful village in France” and built on a rock dominating the Vère valley. The ramparts are flanked by two towers and pierced by two fortified gates. A very pleasant place to stroll in fine weather and out of season.

This charming medieval village, known as the eagle’s nest or citadel of vertigo, stands like a sentinel above the Aveyron Gorges, between Albigeois, Quercy and Rouergue. One of the most romantic views of the Tarn.

A former flourishing merchant city where saffron was traded. Most of the houses were built between the 14th and 16th centuries. The castle and the magnificent 12th century keep can be visited. Its fame is largely due to the shooting of the film “Le vieux Fusil” with Romy Schneider and Philippe Noiret.

Former headquarters of a Templar commandery. 2 km from Vaour, direction St-Antonin- Noble-Val, the Dolmen de la Peyra Levada, the largest in the Tarn.

A veritable eagle’s nest, this bastide was built in 1222 by the Count of Toulouse and it is one of the Great Sites of Occitania. Its narrow streets bordered with superb Gothic facades, the ground floor often occupied by craftsmen’s shops, will charm you.

“The traveler who, from the terraces of Cordes, looks at the summer night sky, knows that he needs to travel no further, because the beauty here, day after day, will remove any loneliness. “